Last month marked the centennial of T. Frederick H. Candlyn‘s arrival at St. Paul’s.  Among musicians at St. Paul’s Church during the twentieth century, Candlyn stands preeminent. Not only did he serve as our organist and choirmaster for an unprecedented 28 years (from 1915 until 1943), he was also an internationally respected composer of works for organ and for choir. I will have much else to say about Dr. Candlyn at another time, but didn’t want to let the anniversary pass without this brief reminder, and without sharing this portrait of him, taken at St. Paul’s organ. 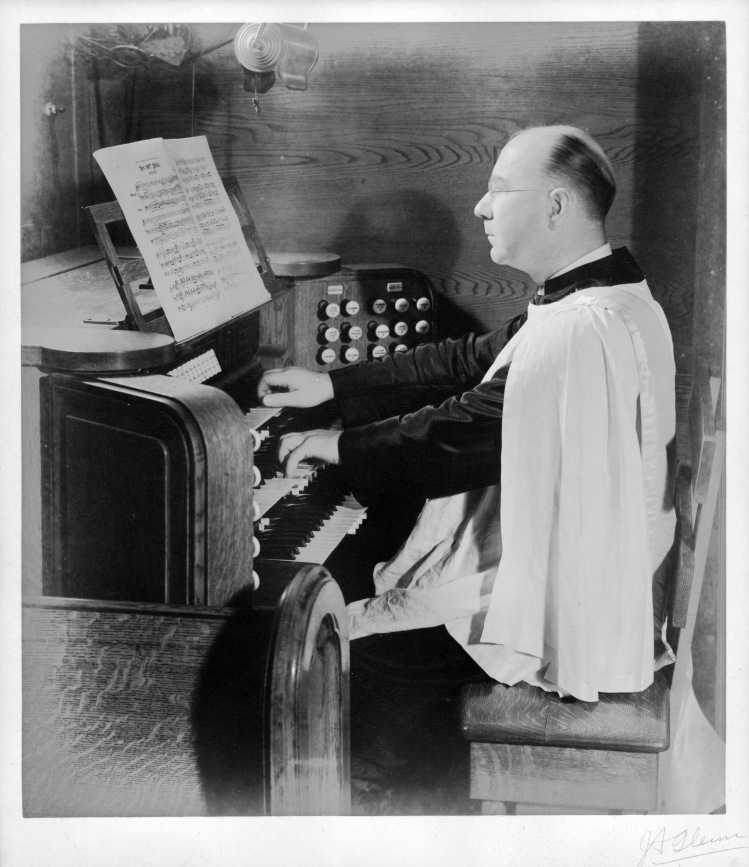