This photograph has hung in the robing room for choir men for many years, but we were never sure of the occasion represented, or the names of those pictured, other than T. Frederick Candlyn (St. Paul’s organist and choirmaster 1915 — 1943), who is seated in the center.  Thanks to a scrapbook compiled by parishioner Grace McKinlay Kennedy in 1940, we now know that the photograph was published in the Knickerbocker News for April 22, 1938, with all explained. 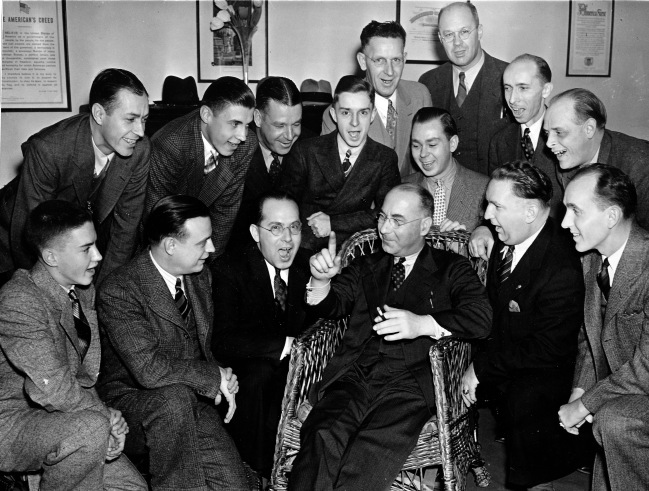 The event was a reunion of former boy choristers, probably occasioned by  the 23rd anniversary of Candlyn’s arrival at St. Paul’s that month.  In addition to Candlyn, those pictured are:

In the same scrapbook, Grace McKinlay Kennedy included this drawing of Candlyn, published in the Knickerbocker News April 20, 1940, on Candlyn’s 25th anniversary at St. Paul’s. 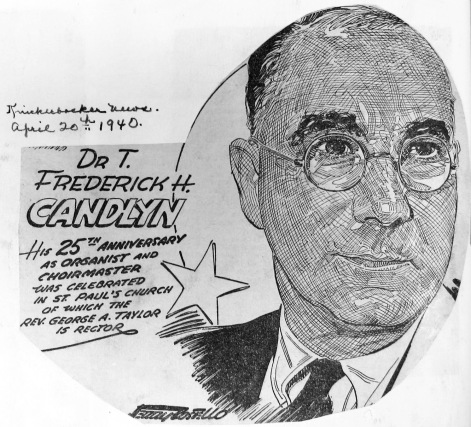 The scrapbook also explains a photograph of Candlyn that had puzzled us all. It shows Candlyn with George A. Taylor (St. Paul’s rector 1932 — 1948) standing in front of the chancel, with Taylor handing Candlyn what appears to be an umbrella. 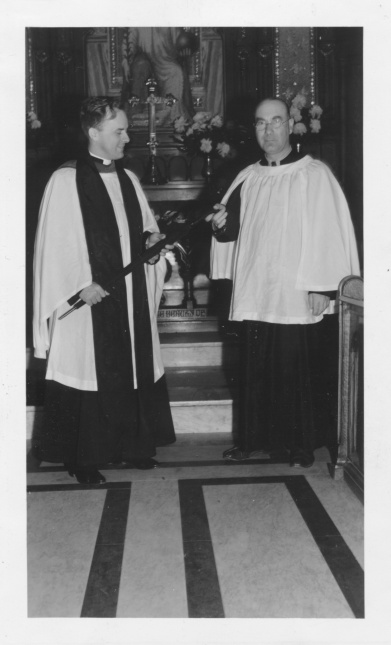 Candlyn and George A Taylor, June 1940

This photograph, she tells us, is not from Candlyn’s 25th anniversary as organist and choirmaster. It was taken two months later, in June 1940, when Candlyn was honored for twenty-five years’ perfect attendance at Sunday School.