In previous posts, we have outlined George William Warren’s engagements as St. Paul’s organist and choirmaster, showing from contemporary sources that he was at St. Paul’s from late 1848 until August 1, 1860, the “nearly thirteen years” at St. Paul’s that he mentions in his letter of resignation[i].

During this period, we know that Warren left St. Paul’s during late 1856 and some part of 1857 when he was organist and choirmaster at Albany’s Second Presbyterian Church. Until recently, however, it has not been possible to say exactly how long he was there. Our only source of this information that he had gone to Second Presbyterian was a November 1856 article in a Boston music journal,[ii] which does not tell us exactly when he left St. Paul’s, or when he returned. 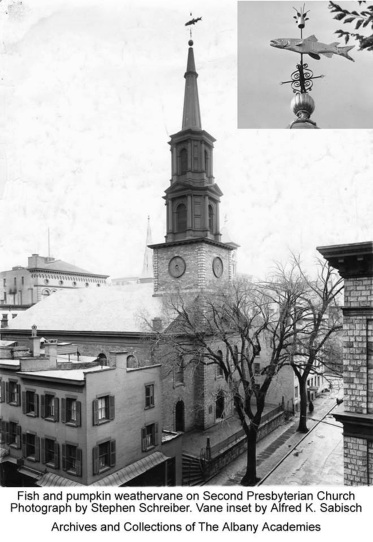 The chronology is now provided by a May 1857 article in the Albany Morning Express which announces Warren’s departure from Second Presbyterian: “St. Paul’s Church has finally effected another engagement with George William Warren, who, until last October had been their organist for eight years.”[iii] This would mean that Warren left St. Paul’s in October 1856 and returned (as we know from his letter of resignation[iv]) effective August 1, 1857.

This allows us to construct a chronology of Warren’s activities during 1856 and 1857. In an April 1856 advertisement Warren identifies himself as “Organist and Musical Director at St. Paul’s Church (eight years)”.[vii] But sometime during the summer of 1856, Warren decided to leave St. Paul’s. 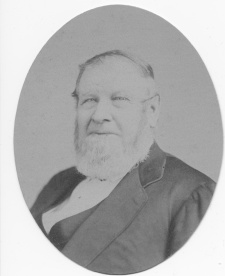 In September, according to St. Paul’s vestry minutes, “George W. Warren account for services as Organist & amounting to $698.77 was present and referred to Messrs. [Edward E.] Kendrick [, John] Tweddle & [Benjamin C.] Raymond with power & authority to adjust the same.”[viii] Almost $700 was a great deal of money in 1856, perhaps very close to a full year’s salary. Had Warren not been paid for some time? It seems likely, but we have no evidence.

Whatever the cause, Warren left St. Paul’s during the month of October 1856, and settled into his new job at the church often called “Mr. Sprague’s Church,” in reference to its eminent minister, William Buell Sprague. We first hear of him in his role at the exhibition of a new organ at First Congregational Church in Albany. 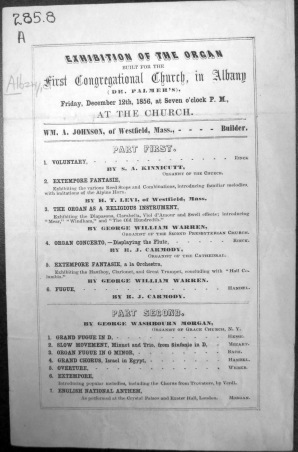 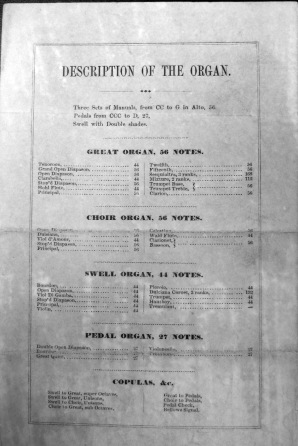 The program for a December 12, 1856 Organ Exhibition, celebrating the installation of a new William A. Johnson organ at First Congregational lists among the organists who played that day George William Warren, “organist of the Second Presbyterian Church.” Warren performed twice, first demonstrating the new instrument’s use in religious music, and then playing a set of extemporaneous improvisations titled “Extempore Fantasie, a la Orchestra.” We assume this was similar to the “Prelude in Organ Style concluding with an extempore Fantasio a l’Orchestre” that he performed in June the previous year at the exhibition of a new organ at Troy’s Park Presbyterian Church.[ix] We can hope that the audience that day was entertained by Warren. An 1854 review says that he “extemporised in his usual fanciful and somewhat comic style” at the exhibition of the new organ at St. Paul’s Church, Troy, New York in October of that year.[x]

A major change for Warren at Second Presbyterian was the type of choir. At St. Paul’s, Warren had conducted and composed for a quartet choir, four professional soloists, many of whom (including Lucy Eastcott, Henry Squires and Isabella Hinckley) went on to operatic careers. Second Presbyterian, on the other hand, had a chorus choir, a larger group primarily composed of amateurs.

During his year at Second Presbyterian, Warren continued his relationship with St. Paul’s and its choir. In January 1857, his Second Annual Concert for the Poor included Isabella Hinckley and Master Willie [William James] Gourlay, St. Paul’s former soprano and treble soloists[xi]. And the next month, Warren, “assisted by the choir-boys of St. Paul’s,” provided music for service at Grace Church to test improvements to its organ by an anonymous donor. This Festival Service also included St. Paul’s “Old Choir” (probably members of the former quartet choir) consisting of Miss [Isabella] Hinckley, Miss [Elizabeth M.] Atwood and Mr. [Stephen W.] Whitney.[xii] 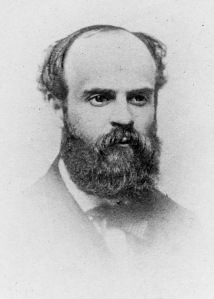 We have only a few clues as to why Warren chose to return to St. Paul’s. He was a member of the congregation, and Mary Eliza Pease, whom he would marry at St. Paul’s in September 1858, was also a communicant. But as the Albany Morning Express suggested in May[xiii], St. Paul’s vestry must have made him an offer impossible to refuse.

The Albany Morning Express article mentions two elements in that offer: “The organ is to be entirely rebuilt at a cost of $1,200. The choir seats will be arranged for a “chorus,” and every plan of Mr. Warren’s which can advance true music will be fully carried out.”[xiv] 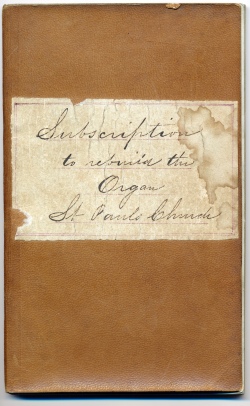 The offer’s first element had already been arranged on May 23,1857, when the wardens and vestry asked for donations. The first page of the subscription booklet reads:

The undersigned agree to pay to the Vestry of St. Paul’s Church Albany the sums set opposite their names for the purpose of repairing the organ in said church, said repairs to be made under the direction of Geo. W. Warren and the amount of the expense for the same to be $1200. “

Wardens and vestry signed on the first two pages, pledging more than one-half of the total. The remainder was given by members of the congregation, and the rebuilding by William A. Johnson was under way by early August 1857. 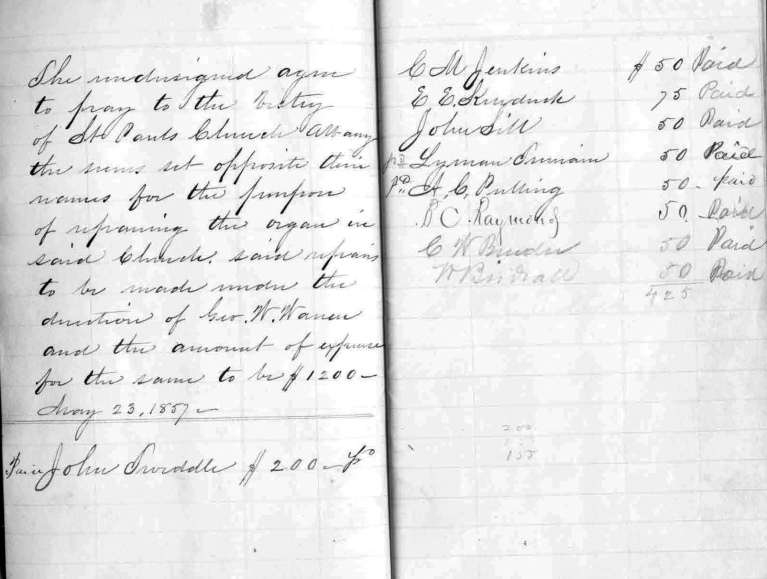 Your hearty wishes for my future success takes away much of the sadness in parting from you as organist. Still I shall never forget the enjoyment of last year’s choir practice, which, thanks to your kind attention , was to me a period of great profit and pleasure; for it was my first experience in chorus choir training, and the good success that has marked our united efforts, will always convince me of the vast superiority of chorus and congregational effects in church service to the “quartette” arrangement now so popular in many churches. (Still, a change in the right direction is surely taking place, and this awakening interest for true church music is one of the good signs of the times.)[xv]

It is important to remember that, although George William Warren had been a church musician for thirteen years, he had very little formal training, and was not yet thirty years old. Clearly, the year’s experience at Second Presbyterian was an important step in his education.

By the spring of 1857, St. Paul’s terminated its contract with Albert H. Wood and the quartet choir effective 20 Apr 1857[xvi], and a month later George William Warren again offered his services to St. Paul’s[xvii]. But even before Warren resumed his duties at St. Paul’s on August 1, 1857[xviii], he made it clear what he learned at Dr. Sprague’s Church. In the classified section of the Albany Evening Journal for June 15, 1857, Warren advertised for “Ladies and Gentlemen with fine voices and fair musical abilities.” Clearly, “St. Paul’s New Choir” was to a be chorus choir. 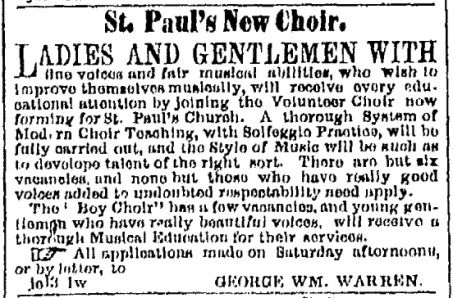 The following year, we have evidence from St. Paul’s vestry minutes that rebuilding the organ and moving the choir chairs were not the only expenses necessary to bring George Wm. Warren back to St. Paul’s. 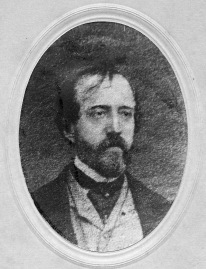 In May 1858, church treasurer Edward E. Kendrick reported a $680 shortfall in the church budget, consisting in large part of expenses related to Warren and choir, including “fitting up and arranging the organ loft and north room with carpets, gas, painting, gilding and decorating for the convenience of the musical director and the choir, and the salary of the organist increased from $850 to $1100.”[xix]