The brass plaque in St. Paul’s ambulatory lists the fifteen men from our congregation who gave their lives in military service during World War II. In past posts, I’ve been able to tell you something of two of them: Donald Shore Candlyn and Dirk Roor. Today, thanks to the Memory Books compiled by Grace McKinlay Kennedy, I can say something about two of the others.

Edgar M. Harding was born November 20, 1920 in Westchester County, New York, the son of Harry and Nellie Harding. He graduated from Milne High School in Albany in 1938, and enlisted in the New York National Guard in October 1940.

Harding’s tank battalion took part in the Luxembourg campaign, and he received a battlefield promotion to first lieutenant during the Normandy invasion. He was declared missing in action in November 1944, and his parents were notified of his death three months later. The snapshot (from Mrs. Kennedy’s scrapbook) is labeled “Seattle, Wash. 1943.” 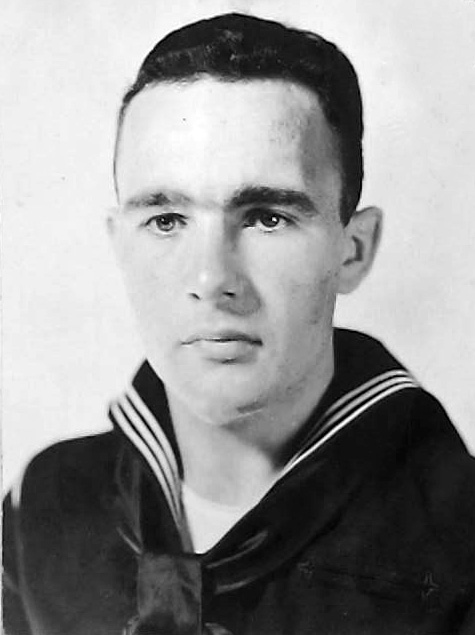 According to the citation for the Distinguished Flying Cross, it was awarded:

[f]or distinguishing himself by heroism and extraordinary achievement while participating in aerial flight as radioman gunner of a dive bomber on a strike against the Japanese Battle Fleet at sea on 20 Jun 1944. Knowing that the flight was at extreme range which would probably end with a night water landing and that the attack was against the main enemy fleet, he showed great determination and confidence to the pilot. His devotion to duty under these trying circumstances was particularly outstanding. His conduct throughout the operation was in keeping with the highest traditions of the naval service.

After the war, in June 1946, Bill Marvin reenlisted. Two months later, while serving as a radar instructor on Naval Air Station Oceana, he was struck by lightning as he walked from his plane to the hangar. At a memorial service in September of that year, St. Paul’s rector George A. Taylor delivered a eulogy titled “Bill Marvin, a Fighter of Faith.”