Did you see Chris Churchill’s excellent article “Empire State Plaza isn’t worth celebrating” in the Sunday, May 24, 2015 issue of the Times-Union? One of the illustrations is a photograph taken on October 19, 1964, showing the Jay Street facade of St. Paul’s Lancaster Street building, including the chancel and parish hall, just as demolition began. This is an image we’ve never seen, and we’d like to thank Chris for providing a high-definition copy for our records.

For comparison, our archives has two color slides taken just before the Times-Union image. The first, a closeup of the parish hall, was taken in spring 1964, while the building was still in use.

The other shows the buildings immediately before demolition began. Notice that the church and parish hall appear to have been the last structures standing in this part of the South Mall “catchment area”.

Finally, here is another “after” photograph from our archives. This November 1964 slide shows the Lancaster Street facade after demolition. The frame of the nave rose window can be seen leaning against the rubble. 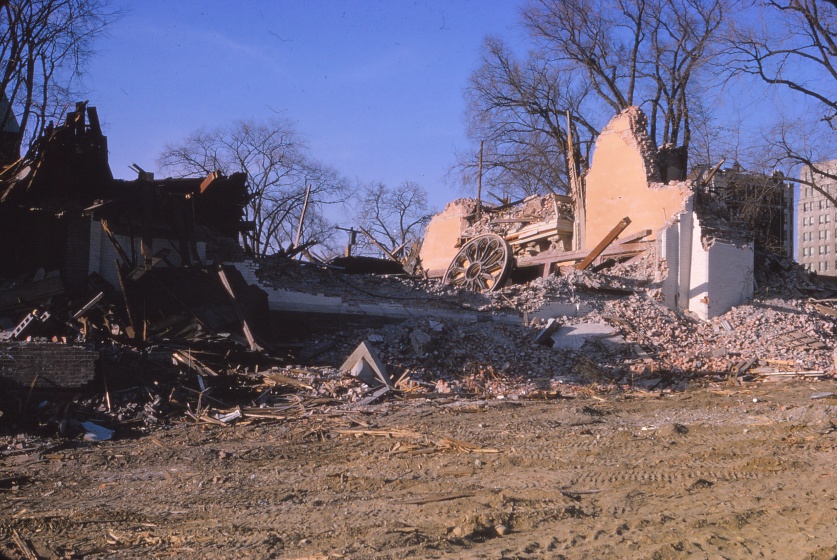 2 thoughts on “October 1964 — Demolition of the Lancaster Street Building, After and Before”