If you’ve ever driven down Third Avenue on Albany’s South End you may have noticed a group of subsidized houses known as the Creighton Storey Homes. Who was Creighton Storey and how did he come to be honored in this way? The answer tells us something of the Albany Diocese’s history in social services, and (you shouldn’t be surprised to learn) touches significantly on the history of St. Paul’s Church. 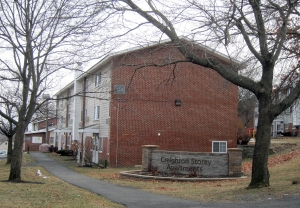 Creighton Richard Storey was born in Ireland in 1864, and came to this country as a teenager. He attended Colgate College and then Hamilton Theological Seminary. Although as a boy he had been confirmed in the Church of Ireland (a member of the Anglican Communion), he chose to become a Baptist pastor, and served congregations in Syracuse, Kingston and Buffalo. Through these years, he came to understand his ministry as service to those both within and outside the church. In each city, he established social service programs. But there were objections to Storey’s concentration on outsiders: he resigned his positions in Baptist churches in Kingston and Buffalo when church leaders insisted that he stop these “outside” activities. 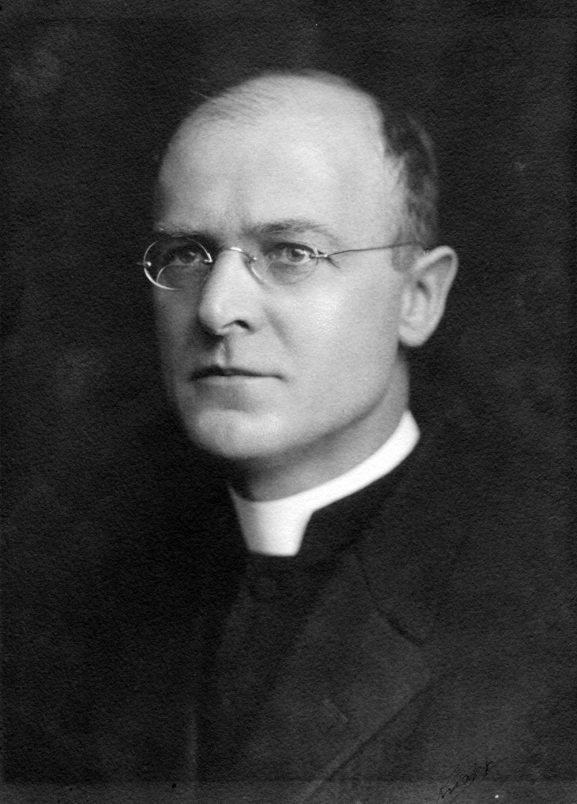 After resigning the position in Buffalo, Storey had trouble finding another post because of his reputation for concentrating on social work. He finally accepted a position at First Baptist in Albany, then very much down on its luck, with a handful members and unable to even promise him a salary. In response to the Panic of 1907, he started providing a free breakfast to the unemployed in the church basement.

A year later, Storey organized the Albany Industrial Brotherhood, housed in a building next door to the church and dedicated “to helping men help themselves.” Services included assistance in finding jobs, and a workshop making wire implements such as rug beaters and kettle forks. From the beginning, Storey seems to have been successful in attracting support from different churches, and involving influential young business men to serve on his board and committees. Over the next years, the Brotherhood’s services were extended to include night classes to teach trades, and providing employment in chair caning and upholstery workshops.

But the pattern in Kingston and Buffalo was repeated: when First Baptist decided to sell their building and move to a new building on Delaware Avenue, Storey was asked to come with them, but only if he was willing to abandon his social services programs. Storey resigned his post at First Baptist in early 1911, saying farewell to both that congregation and “to the pulpit altogether” in order, he said,“to devote his entire attention to brotherhood and settlement work”. He initially planned to expand the Brotherhood into a full social services agency, providing services for the entire family. To accomplish this, he had begun negotiations to purchase First Baptist’s building. Storey had an option on the building and (backed by “a number of influential men”) had until March 9 to raise funds.

For unknown reasons, these plans failed, and Storey looked for another way to support his programs. Knowing that Trinity Church in Albany was

in serious financial difficulties, he spoke with the Albany Episcopal diocesan bishop, William Croswell Doane (an early supporter of the Brotherhood), and volunteered to serve as Trinity’s rector, with the understanding that he would be able to continue the social service programs previously supported by First Baptist. Doane agreed, and convinced the city’s Episcopal churches to contribute $1,000 a year for his programs.

In April 1911, within a few months of his resignation from First Baptist, Storey’s entire family was confirmed at St. Paul’s, and that spring and summer Storey preached at St. Paul’s as well as St. Mark’s Chapel (St. Paul’s free chapel just off of Morton Avenue). In November of 1911, Creighton Storey was ordained to the deaconate, with the support of St. Paul’s vestry. By July of 1912, he had been named rector of Trinity Church, and had plans for hiring a full-time social worker and creating a full program of services.

Over the next 28 years, Creighton Storey offered a wide range of social services and a thriving summer camp. In 1928 these services included hot lunches for school children (charge: 3 cents for those able to pay), a boys club, scout troop, Jewish scout troop, girl scout troop, a mothers club, a sewing club, two kindergartens and an Americanization class. The Trinity Institution building also included space for neighborhood groups, an Albany Public Library branch and an employment bureau. 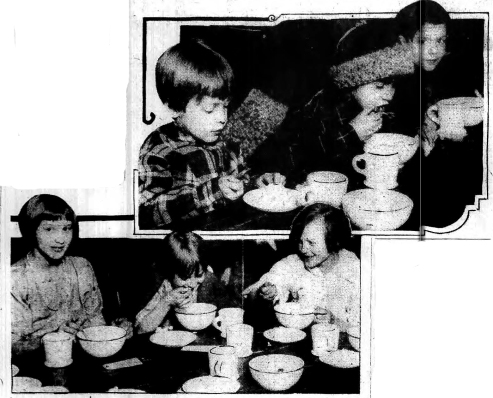 As with the Industrial Brotherhood, Storey continued to include

prominent young business men on Trinity Institution board of directors. These “Albany Blue Bloods” provided financial backing for the enterprise, but as importantly, served to publicize the Institution’s work.

St. Paul’s involvement did not end with Storey’s ordination: St. Paul’s vestrymen served on the Trinity Institution’s board, the women of St. Paul’s St. Margaret’s Guild provided the hot lunch program on day each week, and the church regularly raised funds for the Institution’s summer camp. Among those “Blue Blood” board members was Randall J. LeBoeuf, Jr., whose father,  Randall J. LeBoeuf, was a St. Paul’s warden. And another of our own, Elsa Ridgway, was on the Trinity staff from 1920 until 1947, most of that time as Director of programs for girls and women. Miss Ridgway was a life-long member of St. Paul’s, and president of the Altar Guild and Women’s Auxiliary. Her father was Frederick W. Ridgway Sr., St. Paul’s vestryman from 1901 until 1915; she was the sister of Frederick W. Ridgway Jr., the sister-in-law of our organist and choirmaster, T.F.H. Candlyn and aunt of Donald Shore Candlyn.

Creighton Storey was to be Trinity’s rector from 1912 until his death in 1930, overseeing a revival of the congregation in that period. More importantly, he created the Trinity Institution (often referred to as the Trinity Institute, and now known as the Trinity Alliance), which for almost 100 years now has been helping the people of the South End. The Trinity Alliance and the Creighton Storey Homes serve as important reminders of our church’s and our diocese’s outreach to Albany’s South End.

2 thoughts on “Creighton R. Storey and the Trinity Institution”